Gerrymandering – a Major Source of Division

By shifting districts right or left, that means winning the primary for one side is a 95% guarantee that you’ll win the general election. So all you have to do is persuade one side to vote for you. This results in the most extreme positions to appease the base of one party, and not a candidate who will appeal to all his/her constituents.

A simple solution would be to have a computer set up districts based on population centers. This means that each district would be more likely to have a fair balance of the population and fewer elections would be forgone conclusions. Instead of having extreme candidates selected in the primaries guaranteed to win, each side would need to choose candidates who could appeal to all the voters in the general election.

Here’s a good example of how new districts could look. 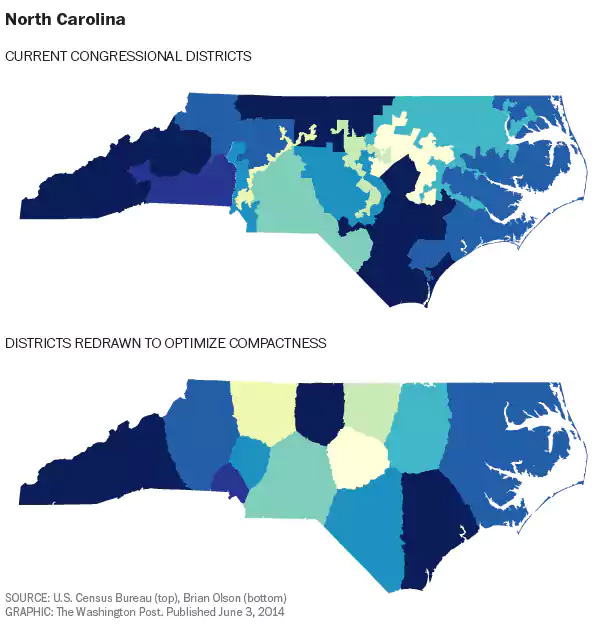 Brian Olson is a software engineer in Massachusetts who wrote a program in his spare time to draw “optimally compact” equal-population congressional districts in each state, based on 2010 census data. Olson’s algorithm draws districts that respect the boundaries of census blocks, which are the smallest geographic units used by the Census Bureau. This ensures that the district boundaries reflect actual neighborhoods and don’t, say, cut an arbitrary line through somebody’s house.