Independence Day 2018: The Battle for America

When government officials do not have a belief in a Supreme Judge of the world, to whom the founders appealed, they have no sense of accountability for their actions. 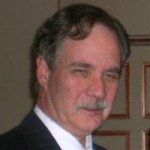 Every year July 4th is the date of the holiday Americans designate to celebrate Independence Day. Yet in 2018, the United States does not seem so united. This 4th of July many concerned citizens are seriously pondering the future of America in light of the highly charged political climate that resembles an organized insurrection against the fundamental values enshrined in the founding documents. At the heart of the political turbulence is more than just an ostensive rejection of a duly elected president—there is presently a blatant rejection of the rule of law, as well as the essential ideals enshrined in the Declaration of Independence.

Such ideals had been around for some time, but they were woven into the very fabric of the Declaration of Independence. And, it is clear that the document was not a simply a philosophical treatise. Jefferson’s words formed a premise for all people to declare their alliance with the belief that all men were created equal and that all were endowed by the Creator with the unalienable rights of Life, Liberty, and freedom in the Pursuit of Happiness. These ideals are currently being challenged by at least one domestic enemy of the words of the Declaration, and at least two foreign enemies of the United States.

A great confrontation is taking place in the U.S. at the beginning of the 21st century over the very ideals contained in at least one sentence of the Declaration of Independence. The struggle is centered upon the integral concept of all people being endowed by God with unalienable rights: life, liberty and freedom to pursue happiness.  This struggle was initiated through political and social unrest brought about by the thought originating with the “progressive” Left. Under a guise of eliminating racism, prejudice and discrimination, the Democrats, the spearhead of the “Progressives,” are once again attempting to manipulate people’s lives through contortion of truth, control of civil society and total dominion under a legal construction of their own making.

To the current “Progressive” elitists, there is no God thus there can be no rights given by God to His children. Although Jefferson’s words formed a premise for all people to declare their alliance with the belief that all men were created equal and that all were endowed by the Creator with the unalienable rights of Life, Liberty, and freedom in the Pursuit of Happiness, this makes “Progressives” uncomfortable, and they are viewed as “self-evident.” To the founders, these truths in the document were self-evident and an extension of their faith. To people with no faith in a Creator, this is not acceptable. If it is not acceptable, rights originate from those controlling the government at any given time in history.

If God is no longer self-evident, neither is the belief that an individual’s rights are derived from a benevolent Creator. This is a major dilemma for those who live in the United States because it fundamentally brings the citizens full circle to the point at which the founders determined to fight for such perceived rights and declare their independence from a tyrannical government that only pretended a belief in a Supreme Being. From such a place, the not-so-united U.S.A. is now at a crossroads of her own identity. Is America “One Nation Under God” or simply a jumble of governmental edicts derived from people that choose not to be accountable under the same laws as every other citizen.

When some are above the law, and others are punished under the law, the system of government no longer resembles anything close to the ideals the Founders established when they accepted the ideals of the Declaration of Independence. What Americans are witnessing, at this crossroads, is a domestic political party intent upon the demise of the belief in the founding ideals, and without them, America no longer can stand as a beacon of freedom for the rest of the world. When some trusted government officials choose to ignore, or blatantly break the law (as in the case of the previous Obama administration, as well as the residual criminal elements now known as the Deep State), the battle for America is very real, whether Americans are aware of it or not.

Consider former President Obama’s escapades or failures always being attributed to someone else – the blame game. Or, consider the botched effort Democrats have made in attempting to tag Hillary Clinton’s loss of the election on the Russians. Consider the laws broken by those sympathetic to the “Democratic” Party during their spying on and subsequent cover-up of their shadowy activities. Can Americans ignore these flagrant violations of law from supposedly trusted government officials – elected and appointed?

How much longer must the honest, law-abiding citizens tolerate such a double standard in the hallowed halls of government in the nation’s capital? Why should solid American citizens watch while the foundation of civil law in the nation is ignored by those sworn to defend and protect the Constitution?

When government officials do not have a belief in a Supreme Judge of the world, to whom the founders appealed, they have no sense of accountability for their actions.

By some of the actions and efforts coming from politicians and from those in the Deep State these days, it seems that such individuals don’t even believe that they are accountable to anyone. When there is no belief in God, how many in government truly believe that they will be judged accountable for their actions before the Supreme Judge of the world (and one should not make the assumption that the Supreme Judge would be someone on the Supreme Court).

We, the people, through the Declaration of Independence, held even the almighty King of Great Britain responsible! The brave and brilliant men who created this nation truly recognized a much higher Divine Authority, and their faith emboldened them to declare their freedom from chaotic lawlessness and political tyranny. Even those who have just a little faith can appreciate the miracle of America, and it is absolutely likely that the Supreme Judge of the world had something to do with it. The people still matter, if they are willing to accept it – they still have unalienable rights from God, if they are willing to take action to retain them before a domestic enemy decides that only the state is supreme.

Dennis Jamison reinvented his life after working for
a multi-billion dollar division of Johnson & Johnson for several years.

Now semi-retired, he is an adjunct faculty member at West Valley College in California. He currently writes articles on history and American freedom​, but has written online articles as a hobby and as a ghostwriter since 2001.

Formerly a contributor for the Communities at the Washington Times​ and ​Communities Digital News​,​​ his more re​cent ​articles ​appear in ​Canada Free Press and Fairfax Free Citizen. ​​Jamison is founder of “We the People” – Patriots, Pilgrims, Prophets​ Network​ and the Citizen Sentinels Network,​ both volunteer groups for ​grassroots citizen-journalists ​and activists ​intent on​ promoting and​ preserving the inviolable God-given freedoms ​rooted​ in the founding documents​,​ with specific efforts to identify and support citizen-candidates whose deeds reflect the role of public servants rather than power-hungry politicians.​