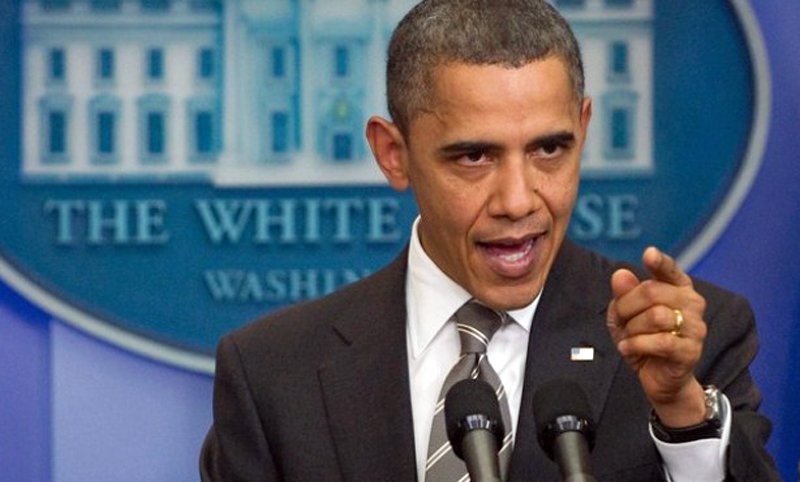 written by Karen Hagestad Cacy Apr 21, 2019
COLORADO SPRINGS, Colorado:  On this Easter Sunday, April 21, 2019, there is much to be thankful for.  In the week preceding Good Friday, America was treated to an “apocalypse.”  “Apocalypse” is a Greek word meaning “revelation”, “an unveiling or unfolding of things not previously known and which could not be known apart from the unveiling.”

For perhaps the first time in our nation’s history, we have just endured, and sidestepped,  an attempted coup d’etat.  The release of the Mueller Report submitted through, this writer imagines, the Special Counsel’s gritted teeth. The report shows that no one, least of all the president, cooperated with Russia to subvert the American presidential election.

Heretofore secret government documents are showing Americans the darker underpinnings of the former administration in their failed attempts to discredit Citizen-President Trump.

The law of unintended consequences, however, may be coming next.

Numerous emails and government documents that relate to the investigation of Trump and Company now are turning the spotlight back onto former members of the Obama Administration.  The number of high-level participants, plus a released memo in which one FBI lawyer tells another that President Obama wants to know everything we are doing, may lead up to, if not inside of, Obama’s Oval Office.

Confirmation of President Trump’s innocence should be a matter of joy.  But within the leftist House of Representatives and the leftist mainstream media, they appear as though their collective cat just died. The media, mostly leftist lovers of the former president, were appalled to have a capitalist businessman in their midst.

The man’s very existence suddenly among the Swamp Dwellers challenged their elite circles and placed question marks on how they have been running the country these many years.  Add to those insecurities the president’s lack of gentle demeanor and often harsh rhetoric and you had a recipe for resistance.

For those who have followed the meticulous reporting of the Clinton sponsored pack of lies meant to ensnare Donald Trump before and during his presidency, praise must go to Fox News reporters, who had it right all along.

“CNN, MSNBC, and the mainstream media have lied to the American for 2 plus years. Now they will be held accountable.” In a subsequent tweet, he added, “MSNBC CONSPIRACY NETWORK LIARS FAKE NEWS CNN LIARS NY TIMES WAPO LIARS.”

The Attorney General, who was roundly praised before the release of the Mueller Report, has become a target now of the Trump haters.  His ethics are under question, often in the most street-gutter fashion.  Those on the Hill who have whole-heartedly participated in efforts to take down the Trump presidency, seem to remain determined and the hell with the facts.

“Impeach!” they still scream.  They continue to be aided by their friends in the hate Trump media:

Another activist so-called reporter, Dean Obeidallah, host of a radio show on Sirius XM, and a columnist for The Daily Beast, wrote,

“I can’t speak for you but the Mueller Report has only made me more energized and dedicated to crushing Trump and the GOP come November 3, 2020. Do you feel the same?”

The whole Trump collusion “matter” would be laughable if it weren’t so serious.  No different than a Central American country, over two-plus years America fell prey to the machination of political operatives.  The president’s forbearance and that of his family and associates during this difficult time have been admirable.

The President continues restoring the American economy, eliminating costly regulations, and placing his stamp of common sense on issues too numerous to mention.  He keeps his head down,  minus his combative tweets, and keeps on working.  As the Mueller team spent north of $30 million, someone at the Republican National Committee tweeted,

“The Mueller investigation will go down in history as one of the widest ranging and most expensive Special Counsel investigations ever.”

One might add that Mueller and Company, in their dogged pursuit of President Trump, may have laid bare the viler vestiges of the former administration.  For the good of the country, may the Department of Justice pursue these lawbreakers right into dimly lit jail cells.

For these law officers who subverted American justice in pursuit of their own clandestine political beliefs, may they all rot in hell.

He, too, has been a critic of Trump’s.

“We have elected someone as president of the United States whose first instincts are to twist and distort truth to his advantage, to generate financial benefit to himself and his family, and, in doing so, to demean the values this country has stood for,” Clapper wrote in a book published this year.

He has also, at times, offered near-real-time rebuttals to the rhetoric coming from Trump and his allies. Last month, he confirmed to CNN that the Trump team had almost immediately worked to downplay Russia’s role in 2016 shortly after Trump was briefed on the interference efforts in January 2017.

Comey is the former head of the FBI whom Trump fired in May 2017. After being fired, Comey offered testimony suggesting that Trump had asked him to end an investigation into former Trump national security adviser Michael Flynn and had, on another occasion, asked for Comey’s loyalty.

Contemporaneous memos written by Comey were released publicly in April. Comey’s security clearance was rescinded upon his firing.

His criticisms of Trump mirror Clappers in many ways. He, too, has written a book, titled, “The Assault of Intelligence: American National Security in an Age of Lies.”  He compared Trump’s policies to those of Nazi Germany on Twitter, has blamed leaks from the government on frustration inside the administration and has criticized Trump’s style as president.

“Here is a president who does not seem to prepare in detail, is a bit disdainful, even contemptuous, of the normal processes of government, the institutions of government in order to get him ready, who kind of flies by the seat of his pants, is spontaneous in these conversations,” he told CNN in May.

“Here is a president,” he added, “who seems to go into these encounters with, frankly, an unjustified self-confidence in the ability of his person to make these things come out right.”

When the White House first floated rescinding his security clearance, Hayden noted that it wouldn’t affect his work.

McCabe served as Comey’s second-in-command at the FBI. When Comey was fired, McCabe assumed the role of director until Christopher A. Wray was confirmed as Comey’s permanent successor.

Trump’s frustration with McCabe isn’t a function of McCabe’s books or television appearances. Instead, Trump sees McCabe as part of the internal FBI effort that resulted in the investigation into possible links between the president’s campaign and Russian interference efforts.

Trump began assailing McCabe during the campaign, implying that the FBI official had helped exonerate Hillary Clinton of wrongdoing in the investigation into her email server because McCabe’s wife had gotten campaign money from a Clinton ally. (That money was not unique to McCabe’s wife as a Democratic candidate, and his role in overseeing the Clinton investigation came well after his wife had lost her race.)

Once Trump took office, McCabe, like other administration officials, offered public testimony about the Russian interference effort. His testimony before the House Intelligence Committee was viewed as corroborating Comey’s version of some of his interactions with Trump.

In March, McCabe was fired from his position at the FBI shortly before he could retire, costing him many of his retirement benefits. That firing followed a report from the Justice Department’s inspector general criticizing McCabe’s authorization of two FBI agents to talk to reporters about the Clinton email investigation.

Ohr is a current Justice Department official whose involvement in the Russia investigation is, as The Post reported in February, circuitous.

His wife, Nellie, did work for Fusion GPS, the investigation firm that hired former British intelligence officer Christopher Steele to look into possible links between Trump’s campaign and Russia. Ohr and Steele had several conversations over the course of the campaign as Steele was compiling the dossier of reports that became a centerpiece of questions about possible collusion efforts.

Mueller’s investigative team loses two, now up a creek without an Ohr

Like McCabe and others on this list, Ohr is identified in a memo produced by staffers for Rep. Devin Nunes (R-Calif.) earlier this year that was meant to raise questions about a warrant obtained by the FBI to surveil former Trump campaign adviser Carter Page. That memo alleges that Steele told Ohr at some point in 2016 that he “was desperate that Donald Trump not get elected and was passionate about him not being president.”

Ohr is a recent addition to Trump’s Twitter invective against the Russia investigation.

Strzok led the investigation into Clinton’s email server and launched the investigation into possible coordination between Trump’s campaign and Russian interference once the government learned that Papadopoulos, the campaign adviser, had been told in advance that the Russians had stolen emails from the Clinton campaign. Strzok served on special counsel Robert S. Mueller III’s team until July 2017, when text messages between he and Page came to Mueller’s attention.

Peter Strzok and his failed coup: None dared call it treason

Those text messages have formed a central part of Trump allies’ frustration over the Russia investigation. At one point, the pair discuss an “insurance policy,” interpreted by Trump allies as suggesting the pair were working to have leverage over Trump. At another point, Strzok says they would “stop” Trump from becoming president, which obviously didn’t happen.. (The “insurance policy” text was apparently, instead,a reference to the ongoing investigation into possible collusion.)

Encompassing so many threads of frustration for Trump and given the text messages between the pair, they’ve become a frequent target of his ire.

She has regularly defended the Obama administration in the media and been critical of Trump. On ABC News earlier this year, she indicated Trump’s decision-making on foreign policy issues was suspect.

“I don’t know what his motivations are,” Rice said. “I think that’s a legitimate question.”

It was a decision she made as national security adviser that has earned her the most contempt. When Trump declared without evidence early last year that Obama had tapped his phone lines at Trump Tower, Nunes told the media that he’d been shown evidence that the Obama administration had collected intelligence on Trump campaign officials whose identities were “unmasked” at the request of an administration official. (Normally, the identities of Americans caught up in foreign surveillance efforts are kept hidden to respect certain prohibitions against surveilling American citizens.)

That official, it was soon reported, was Rice.

Rice admitted unmasking the identities of the individuals, arguing that it was necessary to assess the provided intelligence.

Yates was the second-in-command at the Justice Department under Obama and led the department before Attorney General Jeff Sessions was confirmed. That meant she was in charge when Trump signed his first travel ban. Yates refused to defend the ban, and Trump fired her.

Since then, she, too, has been a critic of Trump’s. After his meeting with Putin, she criticized Trump on Twitter.

“Our President today not only chose a tyrant over his own Intel community, he chose Russia’s interests over the country he is sworn to protect,”  Yates writes.

Yates was also involved in the firing of Flynn. It was she who informed White House Counsel Donald McGahn that Flynn had given untrue information to Vice President Pence, the identified cause of Flynn’s firing. The same day that Yates was asked by McGahn to provide more information from Flynn’s interview with the FBI, Trump invited Comey to dinner, where, Comey says, Trump asked that he give the president his loyalty.”

There’s an old saying, “The fish stinks from the head.”  The foregoing names of government people all worked for the Obama Administration.  One must ask the old Watergate question,

“What did the President know?  And, when did he know it?”