I cover health policy as President of the Pacific Research Institute 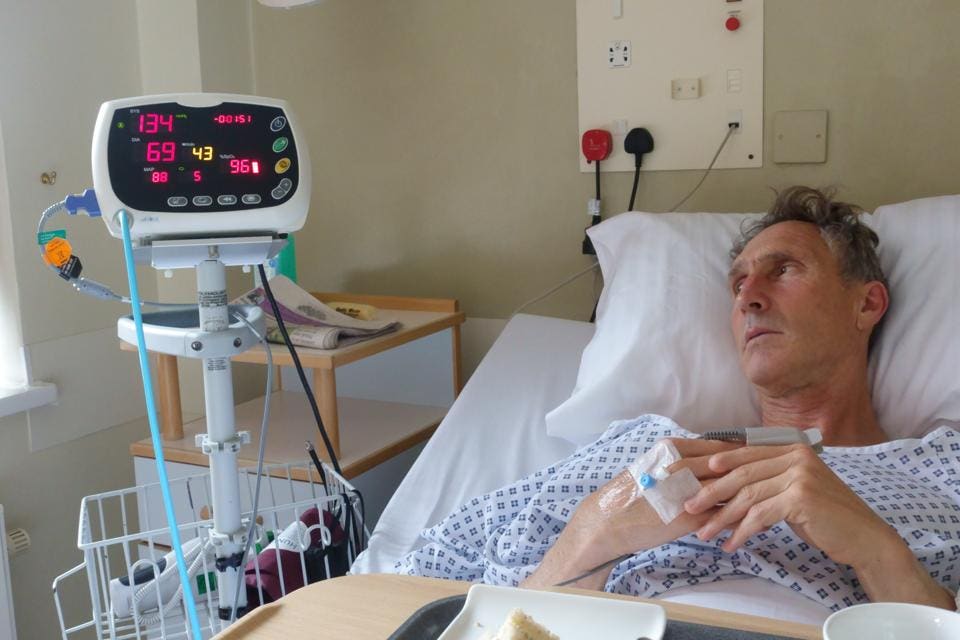 The United Kingdom’s National Health Service, which celebrated its 70th anniversary on July 5, is imploding.

Vacancies for doctor and nurse positions have reached all-time highs. Patients are facing interminable waits for care as a result. This August, a record number of Britons languished more than 12 hours in emergency rooms. In July, the share of cancer patients who waited more than two months to receive treatment soared.

Yet enthusiasm for government-run, single-payer health care continues to build in the United States. The latest Reuters/Ipsos poll shows that 70 percent of Americans now support Medicare for All. Virtually all the major candidates for the Democratic nomination for president in 2020 have come out in favor of banning private insurance coverage and implementing a single-payer system instead.

One look across the Atlantic, to the disaster unfolding in the United Kingdom’s government-run healthcare system, ought to curb that enthusiasm.

The NHS has struggled to fully staff its hospitals and clinics since its inception in 1948. But today, the shortages are growing worse. Nine percent of physician posts are vacant. That’s a shortfall of nearly 11,500 doctors.

The NHS is also short 42,000 nurses. In the second quarter alone, nurse vacancies increased by 17 percent. Meanwhile, in the United States, nearly all states will have a surplus of nurses by 2030.

It’s unsurprising that people don’t want to work as nurses in Great Britain; it’s a stressful job, with long hours and terrible working conditions. Some NHS nurses are taking positions at supermarkets because stacking shelves comes with better hours, benefits, and pay, according to a report in the London Economic.

Consider one nurse’s letter explaining why she quit the profession. She described horrific working conditions. Medical professionals worked 12-hour shifts with little time for necessities like bathroom breaks or food. Managers felt they couldn’t do anything to change unsafe conditions created by overcrowded hospitals. “You cannot safely practice under such conditions,” she wrote. “Mistakes will be made and people will be harmed, some fatally.”

The shortage of providers has resulted in longer wait times for patients. In May, 4.3 million people in the United Kingdom were on waiting lists for surgery, a 10-year high. Adjusting for population, that would be like having everyone in the state of Florida on waiting lists. Roughly 3,500 British patients have been on hospital waiting lists for more than a year.

More than one in five British cancer patients waits longer than two months to begin treatment after receiving a referral from a general practitioner. In Scotland, fewer than 80 percent of patients receive needed diagnostic tests — endoscopies, MRIs, CT, scans and the like — within three months.

These delays are deadly. An analysis that covered just half of England’s hospitals found that almost 30,000 patients died in the past year while waiting for treatment — an increase of 57 percent compared to 2013.

In some cases, the NHS has refused to provide treatment at all. In June, NHS England said that it would discontinue coverage of 17 procedures, including tonsillectomies and knee arthroscopies for osteoarthritis patients.

Even when patients receive treatment, the quality of care is poor. Patients in British hospitals are four times more likely to die than in U.S. hospitals, according to an analysis of outcomes from 2,000 similar surgeries conducted by researchers from University College London and Columbia University in New York. Among the more severely ill patients, the disparity was worse; the sickest Brits were seven times more likely to die.

It’s no wonder that Britons who can afford private health insurance pay for it. About 10 percent of the population uses private coverage to help cover the cost of care delivered outside the NHS system — sometimes by NHS doctors.

NHS defenders claim that the system’s poor results are the inevitable result of underfunding. Yet spending on health care in the United Kingdom has more than doubled in the past 18 years, after adjusting for inflation.

The problem is one of supply and demand. Single-payer systems offer “free” care, so patients have no incentive to moderate their demand for care. But government cannot procure enough supply to meet that demand without bankrupting taxpayers. Government officials’ only option is to ration care.

Despite the failings of the NHS, Democrats want to establish a single-payer system in the United States. The Medicare for All bill sponsored by Sen. Bernie Sanders would outlaw private insurance and funnel nearly all Americans into a one-size-fits-all, government-run health plan. That bill promises comprehensive medical, dental, and even vision care, courtesy of John Q. Taxpayer.

Put another way, the feds would have to essentially double tax revenue in order to pay for Medicare for All.

And Medicare for All’s multitrillion-dollar cost estimate banks on bringing payments for healthcare providers down to the level paid by the existing Medicare program. That would represent a reduction of about 40 percent, relative to private insurance rates. Such pay cuts are likely to drive providers out of business — or discourage the next generation of doctors and nurses from entering the field.

Medicare for All’s proponents say single-payer delivers high-quality, free care to all. Britons idling on wait lists, unable to secure the care they need, would surely beg to differ.