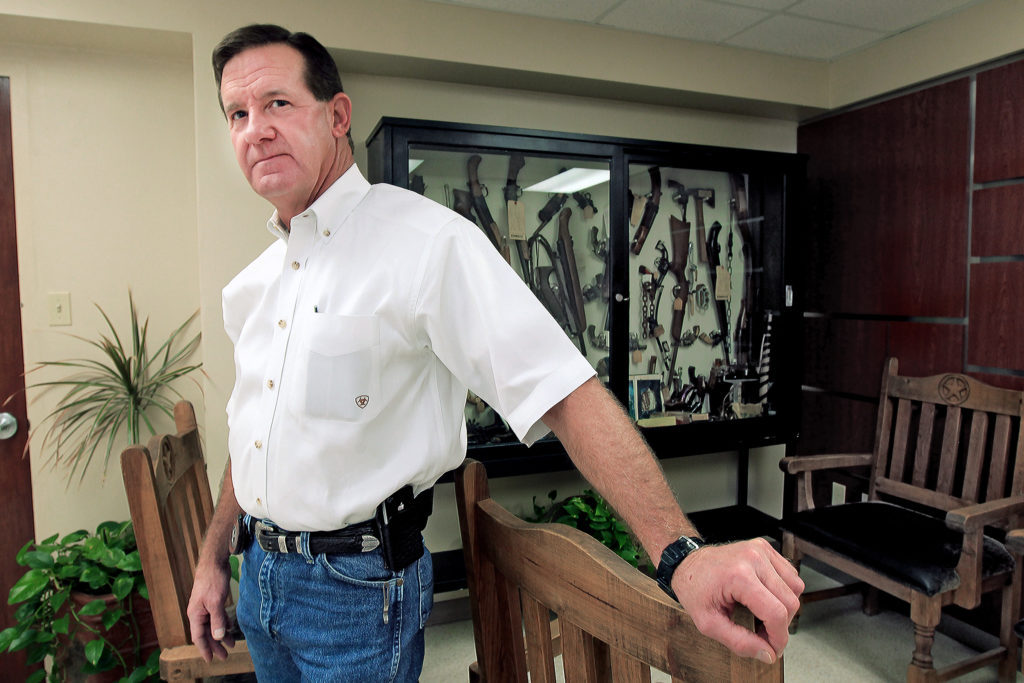 Tragic events, particularly needless tragedies, often lead to introspection and changes designed to prevent a recurrence of similar events.
Take the killing of Kate Steinle.
Jose Ines Garcia Zarate, an illegal alien who had been released from custody under San Francisco’s sanctuary policy, fatally wounded Steinle and was charged with her murder. Today he walks free — a jury acquitted him Nov. 30.One might have expected after Steinle’s avoidable death that local officials would reconsider their refusal to cooperate with federal immigration authorities.
One would be half right. San Francisco did reconsider its sanctuary policy. But rather than take reasonable steps to ensure that criminal aliens are not returned to the community, local officials doubled down on their adamant refusal to turn over most deportable criminals to Immigration and Customs Enforcement (ICE). 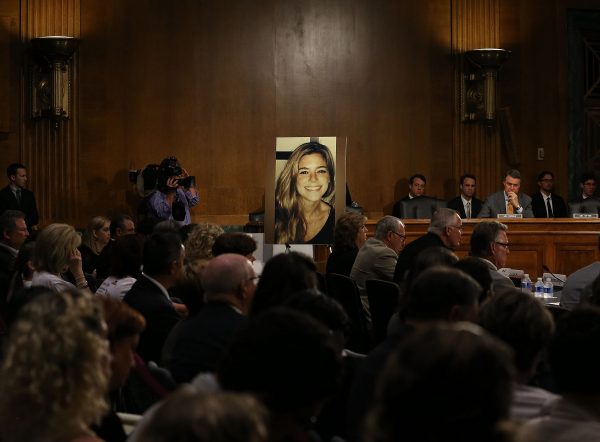 As an elected law enforcement officer, sworn to protect the security of the people of Jackson County, Texas, it boggles my mind that other elected city and county officials responsible for the safety of their citizens would take such a glaring example of a broken system and decide to ignore it. And it gets worse, because not only does San Francisco remain a sanctuary city but California has formally declared itself a sanctuary state.
The political pandering on immigration is not limited to California. Driven by a radical political fringe, sweeping sanctuary policies — specifically designed to protect criminal aliens — have proliferated. Illinois, Connecticut and Colorado are just some of the states that have seen sanctuary policies explode since Steinle’s death in 2015.
Working near one of the busiest human trafficking superhighways in the country — U.S. 59 — I know that sharing information with federal immigration officials is paramount to keeping my citizens safe. If San Francisco County had complied with a request from ICE to place a detainer on Garcia Zarate, Steinle’s death would have been avoided.
We need Congress to act now to end sanctuary policies. In Texas, thanks to S.B. 4, which prohibits sanctuary policies, law enforcement officials now have the tools and the resources we need to keep the people we serve safe. In Jackson County, we don’t need to be concerned that a criminal alien who has been arrested and deported five times, might be released from custody again because we extend the same law enforcement cooperation with ICE that we do to any other law enforcement department in the country.
There are several roads that Congress can go down to follow Texas’s lead on this issue. There is the No Sanctuary for Criminals Act, approved by the House of Representatives in June, which would withhold federal grants from jurisdictions, like California, if they decide to continue to uphold sanctuary policies.
That same legislation would also allow victims of criminal aliens to sue sanctuary jurisdictions that refuse to honor ICE requests to detain deportable criminals who are already in local custody. Demanding accountability from the people who institute these dangerous policies was something the Steinle family tried to do unsuccessfully against the city of San Francisco, after a magistrate judge dismissed family’s claim.
Additionally, Kate’s Law, has also been passed in the House with bipartisan support. It would increase the penalties against deported aliens that return to the United States illegally.  The Senate needs to take up and pass both of these bills, particularly in the wake of Garcia Zarate’s acquittal. Because even if criminal aliens like Garcia Zarate are deported, there’s little to prevent or deter them from coming back.
As a lasting and meaningful testament to this young woman who has become the face of America’s failed immigration policies, additional border security should also be implemented, immediately. We need to build the wall and put more boots on the ground, to ensure that criminal aliens like Garcia Zarate are not able to easily slip back into the country.
As a citizen, a father, and an elected law enforcement officer, my initial reaction to the news of Garcia Zarate’s acquittal was outrage. It is now up to the White House and Congress to correct this miscarriage of justice, which was set in motion by San Francisco’s reckless sanctuary policy, to prevent future innocent people like Kate Steinle, from being gunned down in the street.
Sheriff A. J. Louderback is from Jackson County, Texas and has been sheriff for 16 years.
Original Article.