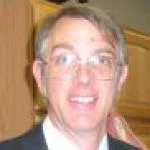 Steven Andrew, a Christian and Silicon Valley-tech type, might just be recalling the halcyon days of Best Products, F.W. Woolworth, Blockbuster, Osco, Circuit City, CompUSA and a long list of other big businesses that have disappeared.

Only he has his eye on the really big ones today, such as Facebook, viewed now as almost invincible, just like many major corporations of the past.

Andrew says he is working on the USA.Life social network because of Facebook’s censorship of conservative content.

“Facebook blocks more than 98 percent of my reach,” he explained in Tuesday’s announcement of his plans.

“That means 4.9 million people per month don’t see my content. The increased censorship started after President Trump was elected,” he said.

Now, instead of communicating to 5 million people per month as in 2016, Facebook showed Andrew’s posts to just 97,685 people last month.

“Facebook’s censorship caused a negative impression of President Trump’s remarkable achievements, millions of fewer people to strengthen their families and follow God, a financial loss of donations likely in the millions of dollars and a reduction in communicating our mission with millions of more people by email and our website,” he said.

Facebook isn’t to be trusted, he said, even though CEO Mark Zuckerberg recently told Congress, “We consider Facebook to be a platform for all ideas.”

His plans for a “new conservative alternative to Facebook and Twitter” are America’s “new hope to save the internet,” he says.

Under the Facebook regime, even with nearly half a million followers, often his posts reach just hundreds.

The project is expected to launch this summer, and Andrew, who has run Fortune 500 quality initiatives for Cisco, Better Homes and Gardens, and others, is working on crowdfunding right now, with a goal remaining of some $690,000.

In promoting his new plan, he explains USA.Life is an alternative to the online censoring Christians, conservatives and others now face.

“What if you could go from censorship to freedom? Imagine getting real news instead of fake news. How secure would you feel knowing you can keep your privacy online?” he said.