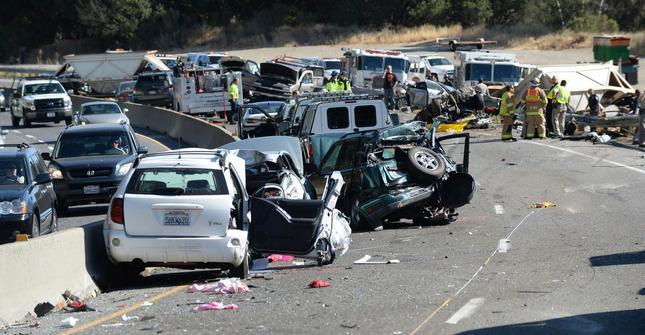 It may seem logical that in order to drive in the state of California, or any state for that matter, one must be a legal citizen of the United States or legally residing or visiting the United States, seeing as how driving itself is a privilege, not a right. Additionally, driving without a license is a punishable offense under California Vehicle Code 12500 (a), officially making it a crime to be an unlicensed driver. However, these facts and laws have been and continue to be ignored in order to make way for undeserving and motorist-endangering unlicensed drivers. “There are over 1 million drivers operating automobiles in California having never been issued a license (Legislative Findings, 1994).” Through legislators’ disregard for these facts and laws, in order to make unlicensed and/or undocumented immigrant drivers feel accepted, California has permitted immense fatalities to occur. “Overall, in the years 2007-2009, 18.2% of fatal crashes involved a driver who was unlicensed or invalidly licensed; these crashes resulted in the deaths of 21,049 people in the United States.”

Unlicensed and/or invalid license carrying drivers were also shown to be a high risk in the department of driving under the influence. Drivers with invalid licenses are far more likely to have been driving drunk and to have had multiple suspensions or revocations in the three years before the crash, according to a study done by AAA Foundation for Traffic Safety. Close to fifty percent of all unlicensed and invalidly licensed drivers in fatal crashes between the years 2007-2009 had alcohol in their system (AAA, 2011).”

In 1994 the California Legislature realized that driving without a license or driving with a suspended or revoked license was causing death and destruction at rates far higher than licensed drivers. Realizing the danger to public safety some of the strictest laws were passed in an attempt to get these drivers off the road. These new laws made no distinction between unlicensed drivers who never had a license and were predominately undocumented immigrants and people with suspended or revoked licenses who were predominately US citizens or were legal residents. To be more specific Section 14607.4 Legislative Findings said:

Statistically, according to the AAA study “Unlicensed to Kill” both of these groups are almost equally atrocious drivers. They are both 5X’s more likely to cause a fatal accident. They are both 5X’s more likely to drive drunk; they will both flee the scene of an accident 51.2% of the time. In the case of the unlicensed, never been licensed, many cannot read the traffic signs and none have ever been eye tested to see if they can even properly see the signs.