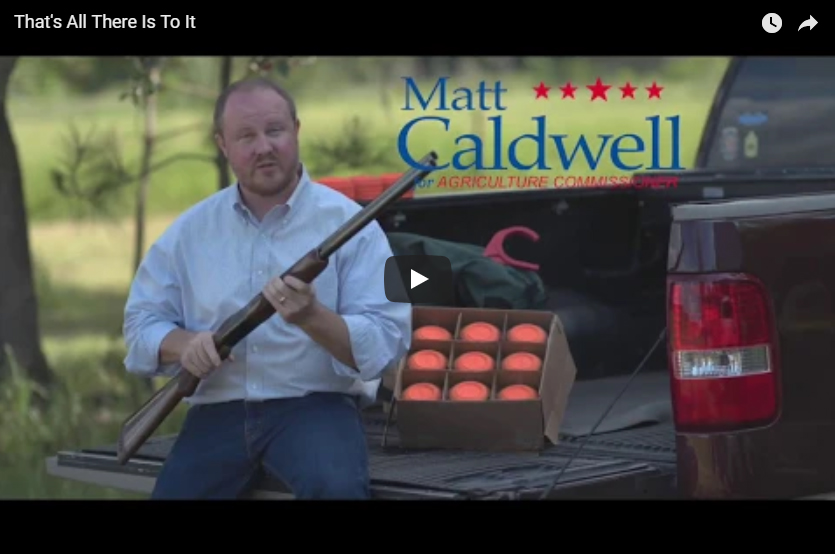 GOP Agriculture Commissioner candidate Matt Caldwell has a message for Facebook after he says his pro-Second Amendment ad was removed: “Don’t tread on me.”

The candidate, also a North Fort Myers state representative, argues Facebook was motivated by “institutional liberalism” in choosing to ban the ad.

The 15-second spot, titled “That’s All There Is To It,” is still available on YouTube. It features Caldwell shooting a clay target before he addresses the camera directly while holding the gun.

“I’m Matt Caldwell. I like guns. I love the Second Amendment. And I support our president. That’s why I’m endorsed by the NRA. I’m Matt Caldwell, and that’s all there is to it.”

That was apparently enough to get the ad taken down.