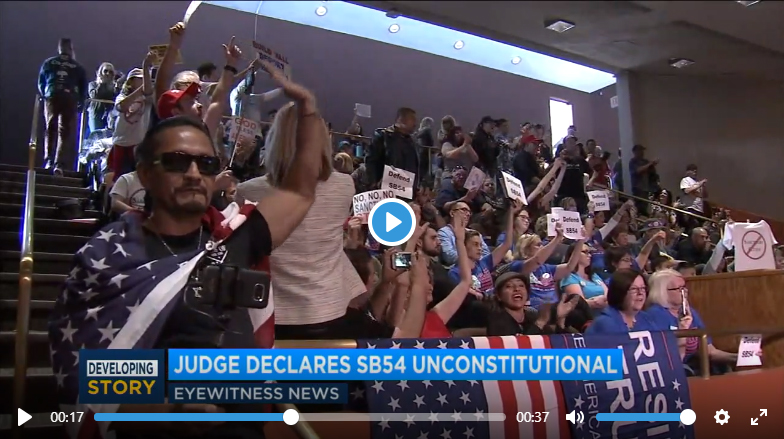 The Superior Court judge said the law violates the rights of charter cities.

The ruling comes in response to a challenge from Huntington Beach officials. The city opposed the controversial law, arguing it infringes on local governments’ authority. The judge agreed, saying cities must be allowed to police themselves.

The law bars some cooperation between local cities and federal officials enforcing immigration laws. Exceptions include cases that involve violent or serious felonies. 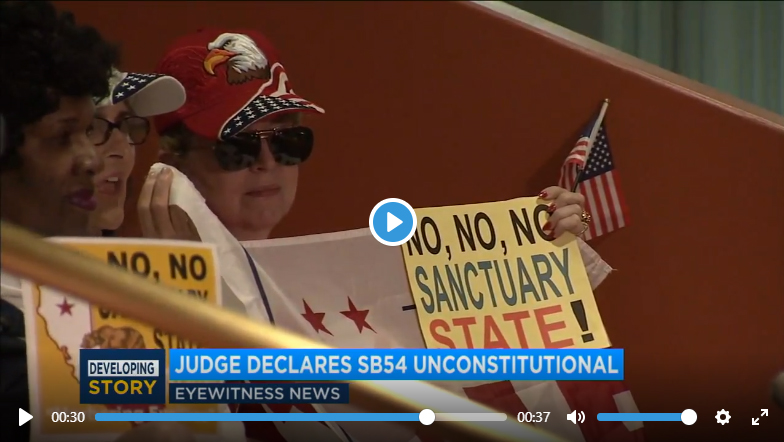 “I’m very pleased with the court’s ruling,” Gates said. “(This) is a significant victory for the rule of law, the CA Constitution, the City’s Charter authority, and other Charter Cities. We will continue to hold Sacramento accountable for unconstitutional State law overreaches. The City of Huntington Beach will not allow Sacramento to violate its Constitutionally protected rights.”

The Huntington Beach Police Department issued a statement saying the agency values having the ability to communicate with federal Immigration and Customs Enforcement when necessary and that SB54 limited that ability. The HBPD also said it will not act as an immigration enforcement agency.

“This also helps us maintain local control over our own police department and the interests of our community instead of having to rely on the State Legislature making those decisions for Huntington Beach,” the HBPD said.

“It is important for us to make clear that we have not, and will not, be conducting immigration enforcement in our community. There are times when immigration matters become important to ensuring the safety of our community, but our focus will continue to be overall public safety.”

“Sanctuary Cities” sounds like a loving, compassionate term, but in reality it’s something dreamed up by leftist Democrats to pander to Hispanics, since many of these illegal aliens are from Mexico and South America.

The liberal legislature and governor have passed three laws Sanctuary State Laws that not only encourage illegal immigration, but actually make it a crime to work with federal agencies like ICE and Homeland Security to identify and detain illegal alien criminals who would be deported (SB 54). They make it a crime for employers to cooperate with ICE when they conduct investigations of illegal aliens (AB 450), and since 2015 – in what was described as a way to make the roads safer – illegal aliens have been able to get driver’s licenses. Since that time traffic fatalities are up over 16 percent and hit and runs have increased over 24 percent. (AB 60) also makes it easier for illegal aliens to register to vote threatening the very core of our democracy.

The “Children, Family and Community Protection Act,” is an initiative to get onto the 2020 ballot that repeals the above three laws and requires all state and local officials to cooperate with ICE and Federal officials. It also adds criminal penalties for politicians and officials who refuse to cooperate or enforce the law.

We need your support.

Giving even a few dollars today will send a message that you’ve had enough of these outrageous policies that favor illegal alien criminals over American citizens and start the process of ending murderous crimes like the one that took the life of Mollie Tibbetts, Kate Steinle and many others.